The Independence Issue of KRG in Terms of Internal Factors 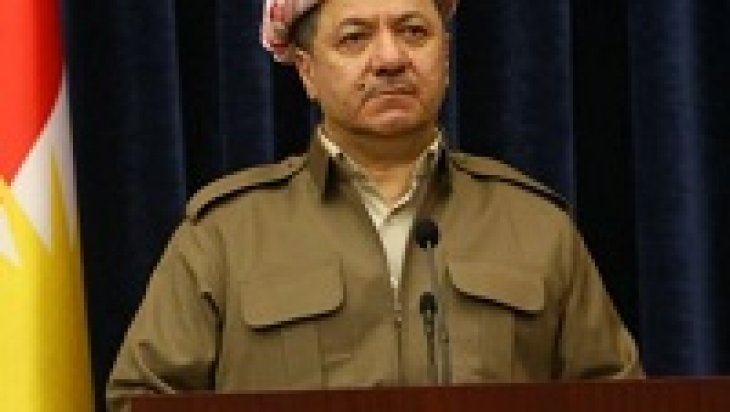 Even though KRG is said to be the most stable region in post-2003 Iraq, it is possible to say that the political, economic, administrative and social problems in KRG constitute a serious obstacle in terms of Iraqi Kurdistan independence. We can say that the conflicts within the parties should be taken into consideration as well as the conflicts between them. Furthermore, one of the most important problems for KRG is the economic distress. Representation and administrative structuring problems also continue in KRG. At this point, the mentioned problems should be addressed in a detailed way and their effects on KRG independence should be evaluated.

Political struggle between the parties: Different political parties were actively involved in the KRG until 2009. However, it is possible to say that they were not really effective in the government. On the other hand, after 2009, Gorran separated from PUK and became a powerful opposition party and a strong enemy of PUK. This led the Kurdish politics in Iraq to a new era. With the general elections in 2013, a multi-party government was formed in KRG as different from the past. It took almost 9 months to form the government, which foreshadowed what would be gone through after this process. Indeed, the formation of this government de facto put an end to the strategic alliance between KDP and PUK while new constitutional works and the regime of KRG were opened up for discussion. Barzani extended his term of office for two years in June 2013 but this did not solve the problems and turned out to be a serious crisis in 2015. Parties except for KDP (Gorran, PUK, Yekgirtu, Komala) opposed to the extension of Masoud Barzani’s term once again and insisted on electing a new president. They could not reach a compromise in this regard. The demonstrations which started in Sulaymaniyah where Gorran and PUK have influence later turned into bloody violence acts. This increased the tension in KRG. President of KRG Parliament Yousif Muhammed Sadiq, who was a Gorran member, was not allowed to enter Erbil after the demonstrators targeted KDP while KDP blamed Gorran for the demonstrations since KRG Parliament should legally convene and enact a law for referendum even in order to hold a referendum of independence. As of the current situation, it does not seem possible to solve these problems in the short term even though the parties strive to find solutions.

Internal problems of the parties: It is possible to say that three parties (KDP, PUK and Gorran) which can be considered as the executive power of KRG politics have certain problems especially on the dimension of leadership. It will be better to say that there are sometimes problems within Gorran and KDP while this is mostly felt within KRG. Lack of a unifying leader in KRG after the illness of Jalal Talabani limits the political impact of KRG. Jalal Talabani abandoned his active political life after his illness, which created a vacuum in KRG. On the other hand, Gorran leader Noşirvan Mustafa either wasn’t within KRG and involved in this rough process or intervened from a distance. This causes problems within Gorran. Furthermore, it is said that a rivalry may be witnessed between Masrour Barzani, the son of Masoud Barzani and KRG Prime Minister Nechervan Barzani for the future leadership of KDP while KDP does not consider Masoud Barzani’s being actively involved in the politics as a problem regarding the current situation.

Administrative problems: It is possible to say that administrative problems seriously cause trouble as well as the problems between and within the parties. It can be said that an institutional unity was not completely ensured even though separate administrative zones of PUK and KDP (PUK based in Sulaymaniyah and KDP in Erbil and Dohuk) which were established in northern Iraq after 1998 gathered under the single roof of KRG after 2003. Dual administration in KRG continues especially regarding the Peshmerga, public security forces and finance. Also, the military forces and fiscal administrations of KDP and PUK are under the control of party members. That is, KDP and PUK have their own separate public security forces while the structure of the Peshmerga which were formed as the military forces of KRG have two administrative powers. This poses an administrative problem and disturbs the other parties that do not have military forces or financial control. Moreover, the form of government of KRG was also opened up for discussion. There is an ongoing serious debate especially on the election of the president. PUK and Gorran insist that the president should be elected by the parliament since KRG has a parliamentary system while KDP thinks that the public should vote even if a new president is elected. This also brings about the constitution issue of KRG. A constitution has not yet been formed even though it has been 13 years since it was officially established in 2003. This causes administrative problems within KRG.

Economic Problems: Having reached a considerable level of development since 2003, KRG deals with economic problems for long. It has difficulties with the budget that Baghdad has allocated since 2003 and has not yet solved this problem. Therefore, it is seen that KRG cannot meet its expenses with its income even though it sells the oil that it drills independently from the Iraqi central government. Especially after the decrease in oil prices and with the declining income of KRG, problems arise in terms of wages, company payments and general services. KRG could last pay the salaries in September 2015 and could not pay the rest in the following months. A lot of companies investing in KRG pulled out of the region and many works were left half-finished since they could not receive a recompense for their works. In addition to this, it is known that public services cannot be totally provided due to economic crisis. Indeed, KRG officials demanded help from the USA and EU in order to overcome the economic crisis.

Relations with Baghdad: Hardly any of the main problems between KRG and Baghdad has been clearly solved since 2003 in terms of budget, Peshmerga, administrative and geographical districts and oil sales. The oil that KRG sells independently from Iraqi central government creates trouble while KRG has difficulties in taking the 17 percent share of the budget from Baghdad. In the meantime, KRG controls some parts of notably Kirkuk, Saladin, Mosul and Diyala which are indeed out of KRG constitutional borders (Erbil, Sulaymaniyah, Dohuk) and under the administration of Iraqi central government. This situation causes problems between KRG and Baghdad. Especially after ISIS gained dominance over almost one third of the Iraqi territory in June 2014, the Peshmerga reclaimed many zones in northern Iraq from ISIS within the scope of the fight against ISIS, which makes the problem more complex. The dominance that KRG has gained outside its official borders brings in the reaction of the people and armed groups in these regions and leads to ethnic, religious, denominational and political tensions and conflicts.

As is seen, it will be better to say that KRG has not yet completed its development to become independent even without regard to several external factors such as the ISIS presence in Iraq, the situation in Syria, Iraqi internal structure, the attitude of the countries in the region and the approach of international actors. It seems difficult for KRG to find regional and international support to become independent and gain recognition without solving its internal problems even if it holds a referendum. Apart from international support, every step that KRG takes especially without regional support will deepen the dissidence and problems in the KRG, because it is important to act to preserve what KRG has gained since 2003 for regional stability considering the impact of the independence of the KRG will create outside KRG's sphere of influence.