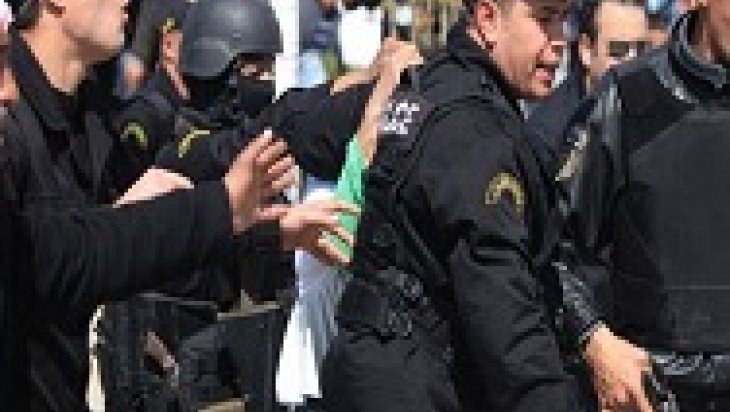 Tunisia’s new draft law on security is heavily criticized by the unions, the media, the human right organizations and political parties in the country. The new draft law especially has serious concerns regarding the violation of freedom of expression, giving excessive powers to the police and paving the way for violation of rights. These criticisms and concerns should be addressed seriously for Tunisia which described as “a police state” by many researchers and academics and simulated as an “open prison” by human rights associations in Ben Ali era.

After ISIS attacked on the Bardo Museum, next to the Parliament, and killed 21 tourists on 18 March; efforts for security reform has gained momentum in the country. Ongoing efforts for security reform since 2013 include revision of the anti-terrorism law which enacted in 2003, during Ben Ali’s presidency. Following US invasion of Afghanistan and Iraq in the context of the preemptive war doctrine after the September 11 attacks, autocrats in the region have prepared and launched comprehensive and grueling anti-terrorism laws and regulations. Tunisia’s counterterrorism law, which adopted in 2003, carries the same features. 2003 anti-terrorism law has raised the state implementations, which already based on pressure, to a more strict and rigid level. 2003 anti-terrorism law aimed to support the international anti-terrorism efforts and prevent money laundering activities. However the law defined the terrorism in a broad scale, obstructed fair trial and considered even the peaceful protests of the opposition as acts of terrorism. Therefore, the law had become a tool for Ben Ali regime to suppress internal opposition rather than to fight against terrorism.

Instead of rewriting a new draft law security, revising the 2003 counterterrorism law, leads to the problem of conserving aforementioned ‘spirit of domination’. Firstly, definition of the terrorism in the draft law encompasses crimes against property and the prevention of the public services. In addition, will and call for acts have taken into account as crime and equated will to act in a sense. Such a broad and vague definition of terrorism raises the danger of prosecution of many actions within the scope of terrorism. As such, the draft law criminalizes and prosecutes within the scope of terrorism several actions including the call/will and action of political dissidents; the demonstrations that resulted in harming the public properties, despite the fact that property damages are prevalent around the world during the protests; the nonviolent marches and strikes that stop or block provision of public good temporarily. In addition to these regulations, the new law draft considers all statements, which indicate that person of interest may commit the aforementioned felonies, will be probable cause for prosecution and person of interests will be charged with a minimum of six years penalty.

The section on the praising a terrorist crime has created similar concerns and criticisms. Compared to the 2003 anti-terrorism law, this part of the new draft law contains even more extensive and vague statements. According to the draft law people who “publicly and in any way praised a terrorist crime, the perpetrator of a terrorist crime, an organization or an alliance connected with terrorist crimes, their members or their activities” will be punished with prison terms of one to five years penalty. Many lawyers, doctors and activists had been subjected to criminal prosecution and punished for defending people who are arrested because of the crime of praising terror. Hence the current version of the new draft law is accused of preparing the ground for more serious implementations.

Other elements of the draft law take serious criticism as well and are requested to be withdrawn and reviewed especially by opposition parties and civil society organizations. In particular, Nahda Party, a partner of the coalition government formed by Popular Front and Nidaa Tounes, loudly express its objections and critics in this direction. The draft law is blamed ‘to open the door to the return of the police state formed by former regime’ by leader of Popular Front, Hamma Hammami.

Particularly in the period after 2013, there has been an increase in allegations of torture and use of unfair force against prisoners, convicts and their relatives when security forces of Ministry of Interior return to security operations. UN Special Reporter said that while torture and ill-treatment is still continuing in Tunisia, officials who involved these crimes are not prosecuted. Unlike the other countries which crippling with authoritarian resistance and instability soon after freed from their autocrats after 2011, Tunisia is in a deep process of transformation and continues to progress towards democratization. However, the continuation of this success in the country will be possible only when the serious obstacles and challenges facing democracy are overcome. Security issue, in this respect, occupies Tunisia’s agenda as one of the most complicated obstacles and leads to an increase in the concerns and criticisms in the light of the recent developments. In the context of terrorism throughout the region, security problem has become a national security issue. Earlier implementations proved that fight against terrorism had become a tool for politicians in the region to suppress the opposition and strength their power. This recent history requires to be more cautious today.