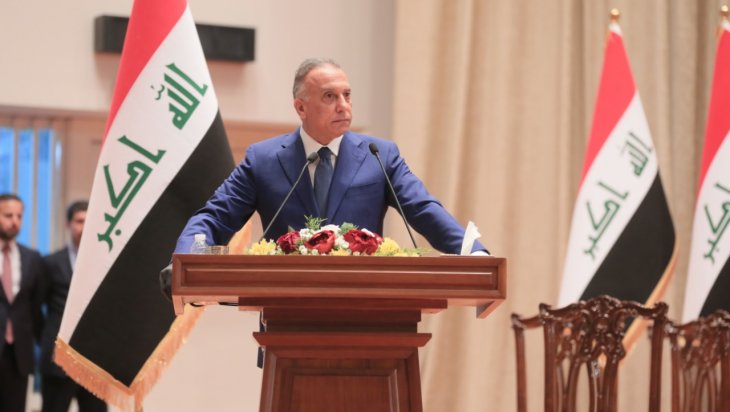 On 14 August, an Iraqi civil activist, Tahseen Oussama, was shot dead and four days later another prominent activist Reham Yacoub was shot dead in Basra. Iraqi Prime Minister Mustafa al-Kadhimi consequently sacked the Basra police and then visited the city to meet security officials, just hours after returning from official visit to the US. Hisham al-Hashemi, a close adviser to the Prime Minister, also had been shot dead in Baghdad in July. Iran-backed Iraqi Shia militia groups, which mostly are under roof of the Hashd al-Shaa’bi or Popular Mobilisation Forces (PMF), are widely suspected of being behind assassinations. It can be arguded that the assassinations are attempts to undermine al-Kadhimi’s rule, who has pledged to rein/restructure the militias which act outside state control. The question, however, remains whether al-Kadhimi will be able to keep his promise in bringing all militias under state control.

Al-Kadhimi, indeed, is not the first prime minister whose aim is to monopolize the use of power by bringing all militias under state control. Former PM Haider al-Abadi, for example, attempted to put the PMF under state control through a decree announced in 2016. Restructuring the PMF particularly has been on the agenda since the victory against ISIS was announced in 2017. With the killing of the PMF’s deputy head, Abu Mahdi al-Muhandis and Iranian General Qasem Soleimani in a US air strike on January 3, the role of the PMF has been even more questioned as it became fully integrated into the Iraqi security forces. Despite its legal framework, Iran-backed militia groups within the PMF have a heavy political, military and economic cost for Iraq since they act uncontrollably and meddle in the US-Iranian tension. It is no secret pro-Iranian militias under the PMF, which receive salaries from Iraqi state, have different agendas with the Iraqi state which can even be considered to be harmful for Iraqi national security and al-Kadhimi’s future.

Al-Kadhimi has several options in restructuring the PMF. The first option, which may not be realistic for the time being, is the complete disbanding of the PMF. The second option would be the change in leadership. On June 3, a new reform memorandum was issued: all offices of brigades and regiments will be closed in urban areas, the name of PMF units will be replaced with brigade numbers, incorporating the Tribal Mobilization Forces (al-Hashd al-Ashair) into the PMF, all PMF members are to disengage from political activities. Former PM, Adel Abdul Mahdi, issued the similar decree on July 2019, with the goal of consolidating national sovereignty, military-civilian separation, and reducing Iranian influence on the PMF. The decree, however, could not be implemented. Furthermore, on September 17, 2019, Abdul Mahdi, issued a new order that envisaged changes in the structure of the PMF and dissolved the deputy chair of the PMF Committee. In addition to the existing President of the PMF Committee, the order identified a Secretary General and Chief of Staff within the organization. Despite all these efforts, Muhandis’ hegemony on the PMF continued until he was assassinated.

After making important appointments in the security sector shortly after he took office, al-Kadhimi has a chance to transform the PMF. He reinstated a well-respected Iraqi Lieutenant General Abdul Wahab al-Saadi, who rejects Iranian influence and played a key role in the military campaign against ISIS, as operations commander of the Counter Terrorism Service (CTS). Saadi was removed from his post last September by Abdul Mahdi with no explanation but it was believed that Iran was behind the decision. On June 25, the CTS raided Kataib Hezbollah’s (KH) base in Baghdad, an Iran-backed group which the US had accused of targeting US troops and diplomatic interests in Iraq, and detained 14 members of the KH that is the 45th Brigade of the PMF and is a US-designated foreign terrorist organization and accused al-Kadhimi of involving in the killing of Soleimani and Muhandis. The raid against the KH is a good indication to show that the Iran-backed militia groups within the PMF will not be compromised. Although the detainees were released on June 29, the images showed Israeli and American flags being burnt and al-Kadhimi’s photos being trampled by detainees.

The deaths of Soleimani and Muhandis, the ‘godfathers’ of the PMF, however, may provide an advantageous atmosphere for al-Kadhimi in his aim of reconstruction of the PMF. Particularly after the death of Muhandis, the struggle regarding the economic, military, and administrative issues in the PMF have seriously come to the fore. Also, pro-Sistani groups were separated from the PMF in April. Another cause of this decision also is that Abdul-Aziz al-Muhammadawi, known as Abu Fadak, a top commander of the KH, was designated as the new PMF chief of staff – effectively Muhandis’ successor –on February 20. In this sense, with the separation of pro-Sistani groups, the disappearance of the “fatwa immunity” on the PMF can be a facilitator for al-Kadhimi to control the militias. In this context, if al-Kadhimi does not approve of Abu Fadak being the PMF’s chief of staff, this will be intense sign of transformation.

Taking recent militia attacks in Basra, military bases around the country, and the heavily fortified Green Zone in the Iraqi capital Baghdad, it can be said Iran has given green-light to these proxies to escalate the situation in order to intimidate the government. Al-Kadhimi’s first visit abroad was to Tehran on July 21, in which Iran’s Supreme Leader Ali Khamenei praised the PMF role in Iraq. Despite this situation, the incapability of Soleimani’s predecessor, Ismael Qaani, Iran’s inability dealing with COVID-19, and the economic crisis could strengthen al-Kadhimi’s hand in reorganizing of the PMF. In June, al-Kadhimi, who tried to seek the balance between Tehran and Washington, visited the PMF’s headquarters and wore the uniform of the organization. Although this caused controversy, it was a sign of normalization since the leaders of the pro-Sistani groups who had left the PMF attended the visit and the images belonging to the Soleimani’s era were removed from the meeting room.

With Iran and the US competing for influence in Iraq, al-Kadhimi visited Washington for the strategic dialogue meeting on August 19, as his second foreign trip since taking office. The US President Donald Trump told al-Kadhimi that the rapid withdrawal of US forces from Iraq will occur within three years. But in the meeting with Iraqi Foreign Minister Fuad Hussein, US Secretary of State Mike Pompeo, who voiced concern over the presence of Iran-backed militias, told that armed groups outside of Iraqi state control “have impeded our progress.” As a matter of fact, Soleimani’s successor, Qaani, reportedly visited Baghdad just days before al-Kadhimi’s visit to the US. It seems that Iran might have delivered a preliminary message about the Iraqi-US dialogue. Considering Qaani’s visit in conjunction with Khamenei’s statement, it can be expected that Iran works with militia leaders who might undermine Baghdad’s authority. The recent emergence of new Iraqi ghost militia groups indicates that Iran has diversified its option and would continue struggle with the US in Iraq. Although the efforts of reorganizing the PMF seem to continue, it is formidable for al-Kadhimi to fully control them in the short term, considering the new militia strategy of Iran and the ongoing Tehran-Washington tension.

This article was published in E-International Relations website under the title of "Opinion – Iraq’s Toughest Challenge: Controlling the Iranian-backed Militias" on September 1, 2020.