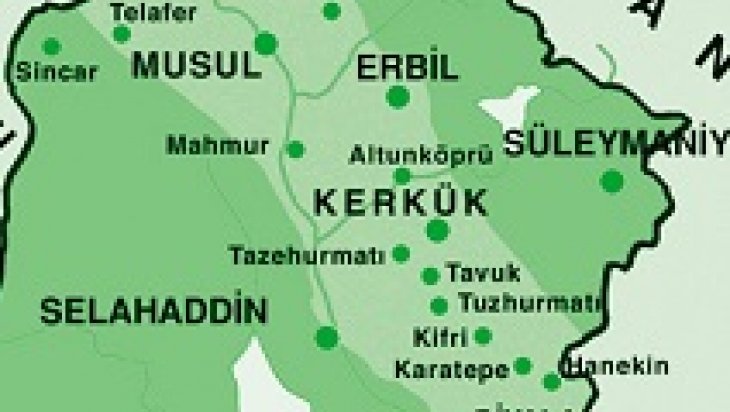 Recently, Turkey is conducting operations against PKK, DAESH and DHKP-C at home while simultaneously bombing PKK and DAESH positions across the border. USA and the Western countries made statements supporting the operations by Turkey which is a NATO country. Turkey also opened its military bases to the international coalition against DAESH.

Although Ankara's operations against PKK are criticized by the Kurdish public opinion in Turkey and Syria, the president of Kurdistan Regional Government (KRG) Masoud Barzani supported Turkey's operations by welcoming Turkey's participation in the coalition against DAESH and criticizing PKK's regional policies. Without doubt, the reasons behind Erbil's attitude are the economic and diplomatic connection it developed with Ankara, which was aggrieved because of DAESH attacks and PKK's policies towards being an alternative actor to KRG. In addition, Iran has a military and political ties with PYD (Democratic Union Party), the Syrian branch of PKK, in Rojava and it stands close to PUK (Patriotic Union of Kurdistan), Gorran (The Movement for Change) and PKK which has come to the fore with their opposition to Barzani in KRG. This equation is naturally pushing Barzani closer to Turkey.

As KDP (Kurdistan Democratic Party) and PKK relations have unfolded with conflict and compromise in accordance with the conjectural developments, the course of relations is built upon competition in the Kurdish national leadership. When PKK camps in KRG are bombarded by Turkey and Iran, Barzani was uncomfortable with the fact that PKK has brought the war into the region, but he could not display a clear stance against the PKK structuring in the region. Although Barzani experienced problems with Turkey and Iran because of PKK in the past, he started playing the role of a mediator in the conflicts with PKK thanks to the autonomous status, the Kurds obtained in the post-Saddam Iraq and the increasing international legitimacy of the Kurds.

KDP under the leadership of Barzani fought against Saddam on the side of the USA during the 2003 Iraq war. Following the war, Barzani became the president of the autonomous structure in the north of Iraq and Kurds have served in several different posts in Iraq's central government including presidency. This has weakened the PKK, whose leader is jailed and which is listed in international terrorist organization lists, vis-a-vis the KDP. This has also brought Barzani to the forefront in the Kurdish national leadership.

The Competition in the KDP-PKK Relations

The civil war that started with the Arab Spring in Syria resulted in the creation of cantons by PYD in the north of Syria by capitalizing on the governance gap and this pushed PKK to the forefront. Its affiliate PYD, which is recognized by the West as the organization which fights  against terrorism, i.e., DAESH, was able to suppress the Kurds in opposition in Rojava and succeeded in keeping Barzani away from the region. In its fight against DAESH, PYD utilized the temporary support from KDP's Peshmerga, and monopolized power in Rojava, on the one hand, and aligned with the US and the West, on the other. When KDP was not able to repel the attacks of DAESH in Mosul and Sinjar, it received the military support of PKK and this led the PKK to strengthen its hand in the competition for the Kurdish national leadership and positively affected its presence in KRG.

PKK still continues its policy of becoming an alternative actor in KRG which is stated in the Political Attitude Manifesto, the outcome of the 9th General Assembly of Kongra-Gel in 2013. Though PKK has gained prestige with the support of Yazidis in Sinjar against DAESH, its political extension in KRG, PÇDK (Kurdistan Democratic Solution Party) is politically insignificant. Some recent incidents are reflective of deep tensions. For instance, Duran Kalkan, member of the KCK Executive Council, accused Barzani of being a dictator and asked for autonomy for the Yazidis. Barzani has, in turn, accused Kalkan of being a traitor and is monitoring PKK's moves in KRG. What is decisive in PKK's strategy of being an alternative actor in KRG is the competition for the Kurdish national leadership and the PKK's intention to repeat the strategy it pursued in Northern Syria in KRG, while Barzani is also seeking to gain influence in Rojava.

The Harmonious Stance of Erbil and Ankara

In addition to the frictions Barzani experienced with the Iraqi central government over the disputed areas and economic disagreements, he faced the consequences of the occupation of Mosul and Sinjar by DAESH. Barzani, who increased his statements for independence and has not found the external support he sought from the USA feels under pressure due to the possibility of not being elected as the president because of the Iran-backed opposition of PUK, Gorran and PKK, as well as discussions about the future of the presidential system. Barzani is uncomfortable with PKK's opposing stance and strategy of being an alternative to KDP. For this reason, in order to reduce the influence of PKK in KRG, Barzani may support Turkey's cross-border operations in the short term. At a time when Iran and PUK have criticized Turkey's operations against PKK, Barzani's criticisms of PKK and reference to the importance of political struggle for peace displays Barzani's stance against PKK's regional policy and its actions in Turkey.

Barzani is willing to preserve its close relations with Turkey despite his disappointment regarding the lack of support from Turkey when DAESH first hit KRG and came as close as 35 km to Erbil. The nature of political, diplomatic and economic relations between Turkey and KRG still necessitates their cooperation. Furthermore, other factors also bring Erbil and Ankara closer regarding their positions in Syria.

PYD has monopolized the military and political power in Rojava and this is in contradiction with the policies of both Ankara and Erbil. Barzani has accused PYD of silencing the opposition whereas Turkey is uncomfortable with PYD's relations with PKK and its repression of opposition parties and changing demographics in the region. While Turkey does not make any differentiation between PKK and PYD, it has a cautious approach on PYD's cooperation with the USA and the West in the coalition against DAESH. Barzani is not pleased with the legitimacy PYD acquired in the West and its alliance with the USA; but he refrains from expressing it.

How to Read Barzani's Criticisms of PKK

Barzani has made significant statements about the operations Turkey has conducted against PKK and DAESH. Barzani underlined that Turkey's participation in the coalition against DAESH would produce important outcomes and claimed that PKK has behaved arrogant by eliminating Öcalan and HDP in the process.

Barzani, who is one of the major supporters of the democratic opening in Turkey, is continuously being criticized by PKK since PKK does not want Barzani to play the role of a mediator in addition to the historical and ideological tension between PKK and KDP. In recent times when there are intensive tensions between the PKK leading cadre and KDP, Barzani's support to HDP and Öcalan in the democratic opening is causing discomfort for Qandil.

In terms of social and cultural background, Barzani is able to develop natural connections with AK Party and Kurds in Turkey. The Kurds in Turkey can sympathize with Barzani's economic and diplomatic relations with Ankara as well as the initiative he made in the democratic opening. PKK, which does not comply with the sociological and religious structure of the region, is not comfortable with Barzani's resonance in some segments of the society.

In conclusion, Barzani, who takes into consideration the policies of Turkey while developing his strategic actions in the Middle East, is aware that Ankara is portraying a much more realistic vision compared to Baghdad or Damascus concerning the future of KRG.

The original of this article was published on Yeni Şafak website.