Will Kadhimi Solve the Government Crisis in Iraq? 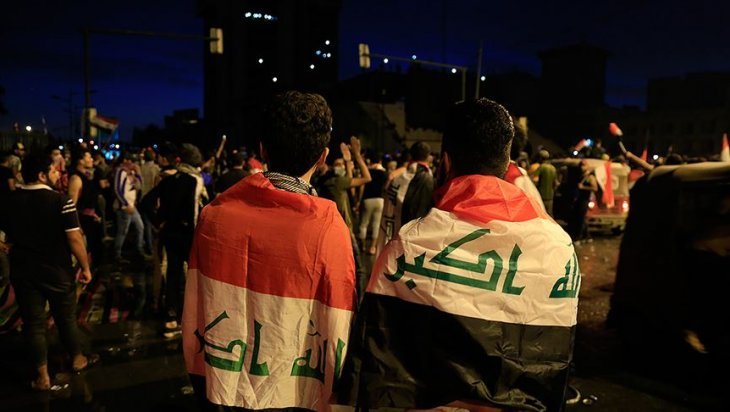 Mustafa al-Kadhimi, head of Iraq’s National Intelligence Service, is the next person of interest in the five-month government crisis in Iraq. The crisis started with Prime Minister Adel Abdul Mahdi’s resignation and outlasted one Prime Minister and two Prime Minister nominees.

In the fifth month of the government crisis in Iraq, which started after the resignation of Adel Abdul Mahdi on November 30 due to the ongoing protests since October 2019 and outlasted one Prime Minister (PM) and two nominees, Iraqi President Barham Salih nominated Mustafa al-Kadhimi, head of National Intelligence Service as PM and charged him with forming the government.

The most difficult challenge that Kadhimi will face in case he forms a government is the US-Iran conflict, one of the major problems of Iraq that no government and PM could easily solve on its own.

After Muhammad Tawfiq Allawi withdrew his candidacy for the post on February 1, Adnan al-Zurfi, former governor of Najaf, was nominated on March 17 but turned down the appointment on April 9 due to political infighting. Zurfi’s withdrawal from candidacy before the constitutional deadline of thirty days and the nomination of Kadhimi demonstrate Iran’s influence in Iraq since Iran-backed political parties violently opposed Zurfi. Unlike the previous two PM nominees, Kadhimi’s nomination ceremony was attended by representatives from Shiite, Sunni, Kurdish and Turkmen political parties as well as Muhammad al-Halbousi, Speaker of the Parliament. While this development was interpreted as a sign for a possible solution of the government crisis, no one expects that the Iraqi political scene will calm down as the country experiences escalating US-Iran tensions.

Kadhimi may get a chance for a second term provided he is successful in the provisional government and in handling the balance between the political actors. Otherwise, the government crisis in Iraq is likely to go back to square one.

Zurfi’s Withdrawal From Nomination
Kurdish and Sunni groups as well as the Nasr (Victory) Coalition of Haider al-Abadi, former PM known for his close ties to the US and the Sairoon Coalition of Muqtada al-Sadr, had declared their support for Zurfi. It was no secret that Tehran was disturbed by Zurfi’s anti-Iran stance, tough personality and possible actions against Hashd al-Shaabi on the grounds of “putting the arms under control of the state” and “removing the armed groups.” Therefore, the Fatah Coalition led by Hadi al-Amiri, known for his pro-Iran views, the State of Law coalition led by Nuri al-Maliki and others such as the National Wisdom Movement led by Ammar al-Hakim, who seeks to maintain a distance from the Iran-backed groups, and the Virtue Party opposed Zurfi, arguing that the President violated the constitution by not assigning the candidate of the largest block in parliament. It was claimed on April 6 that the National Wisdom Movement, the Fatah, the Sairoon and the State of Law met at Sadr’s house in Najaf and agreed on Kadhimi’s nomination. Afterwards, the Alliance of Iraqi Forces, the largest Sunni political party in the Parliament, the Kurdistan Democratic Party (KDP) and the Patriotic Union of Kurdistan (PUK) made statements supporting Kadhimi as well. Realizing that he has no chance under such circumstances, Zurfi withdrew his candidacy and the Iran-backed Shiite parties demonstrated that nobody will be nominated for the post of the prime minister without their support and Tehran’s consent.

Kadhimi’s Advantages and Iran’s Influence
Before 2003, Kadhimi stood in the ranks of the opposition in England and the United States. He worked as a journalist after returning to Iraq following the US invasion. He also became the director of the “Iraq Memory Foundation”, which was founded by Kenan Makiya and archives the crimes against humanity committed by the Saddam Hussein regime. Kadhimi was assigned as the head of National Intelligence Service. A wide consensus about his nomination for this post emerged due to his close relations with President Barham Salih and Western powers, his absence in corruption cases, his relatively non-aligned political position and the strategic and diplomatic character of the assignment. Despite the fact that his name had for a long time been considered for the post and he enjoyed the support of Sadr and Kurdish groups, President Salih did not insist due to possible tough reactions by some Iran-backed parties. As can be recalled, Kata’ib Hezbollah, the Iraqi militia group backed by Iran, accused Kadhimi of complicity in the killing of Qassem Soleimani, Commander of the Qods Force and Abu Mahdi al-Muhandis, Deputy Chief of the Hashd al-Shaabi by the US in Baghdad on January 3. Kataib Hezbollah stated that “Kadhimi’s appointment would amount to a declaration of war”.

As the political infighting about the government formation process continued, Esmail Ghaani, commander of the Qods Force and successor to Qassem Soleimani, visited Baghdad and encouraged the Shiite groups to agree on a joint candidate. His visit might have convinced the Shiite parties since the continuing government crisis in Iraq that inter-Shiite political fissures will not benefit Iran in the medium term even though Kadhimi is known to have close ties with the United States. After Ghaani’s visit, representatives from the State of Law Coalition, the National Wisdom Movement, the Virtue Party and the National Vision Coalition met in the house of Hadi al-Amiri, leader of the Fatah Coalition, and agreed on the nomination of Kadhimi instead of Zurfi. Even though Iran was expected to weaken and particularly lose its influence on the Iraqi groups after the killing of Soleimani, the Iraqi Shiite parties’ position about the nomination showed that Kadhimi has successfully passed his first challenge in Iraq.

The Shiite parties, particularly Kata’ib Hezbollah initially opposed Kadhimi due to several factors such as the presence of other prioritized candidates, Kadhimi’s fame as a pro-American individual, and the possibility that he has information about these parties acquired through his post as the head of intelligence. There is also the possibility that the sides have come to an agreement about this development since Kadhimi has received the parties’ consent later on. Furthermore, the pro-Tehran parties’ opinion of Kadhimi might have influenced their consent since he sought to develop relations with Iran during the term of Abdul Mahdi, while also having close relations with the US as the head of the intelligence service. After the Iran-backed parties violently opposed President Salih about Kadhimi’s nomination, he further antagonized these parties by unexpectedly nominating Zurfi, who is known for his close ties with the US. It seems likely that President Salih and Sadr, who are known to prioritize Kadhimi from the beginning, sought to open negotiations by initially supporting Zurfi and then increased their bets by nominating Kadhimi. In other words, Sadr and President Salih has acquired the consent of Tehran for Kadhimi, who is a moderate, through nominating Zurfi first, who is an anti-Iran hardliner. Therefore, Sadr seems to be among the winners. He stated in one of his interviews that he enabled the formation of all Iraqi governments. In this context, Esmail Ghaani, commander of the Iran Islamic Revolutionary Guards Corps Qods Force, may have shown consideration for Sadr’s critical role. He may also have given consent for Kadhimi in order to prevent further competition among the Iran-backed parties and Sadr, who is known to support Kadhimi from the onset.

In other respects, Kadhimi’s good relations with former PM Abadi, who is known for his close relations with the US, and marriage with the daughter of Mahdi Allaq, a prominent figure in the Shiite Dawa Party who served as the Secretary General of the Prime Ministry during the term of Abadi, may have been well received among the Shiite parties. He also lived in Suleimaniyah after the fall of Saddam and developed long-standing relations with Kurdish politicians. These factors may have increased his appeal among the Kurds. Sunni parties may have supported Kadhimi for his secular character, his non-alignment with Shiite parties and pro-American stance. Therefore, Kadhimi may have promised Sunnis a guarantee for their parliamentary quotas, and may have assured Kurds, who do not take a step back in their budget rights and other acquisitions, for their demands about ministries in accordance with the quota system.

Challenges Ahead for Kadhimi
Kadhimi has thirty days ahead for forming a cabinet that will be approved by at least 165 of the 329 members of the Parliament and is expected to solve the government crisis that raged since December 2019 unless a serious disagreement among the parties emerges. The most important agenda items that await Kadhimi are economic effects of the sharp decline in oil prices, months-long protests that expect government to meet demands, the novel coronavirus outbreak, the unending fight against ISIS, Baghdad-Erbil relations, interparty fighting halting government operations and the escalating tensions between the US and Iran. Moreover, there are also the 2020 budget that is pending approval and the election laws for implementation that will lead the country toward elections.

The withdrawal of Zurfi and the difficult consensus about Kadhimi show once again that government formation in Iraq after 2003 requires a minimum level of reconcilement. It is probable that Iran has seen Kadhimi as a lesser evil and accepted him while considering that other PM candidates would be vetoed by the United States. In this context, the most difficult challenge for Kadhimi will be the US-Iran tensions, a problem which no government or prime minister can solve on its own. As the US-Iran tensions escalate with anti-Iran sanctions and spread to Iraq, political equations as well as military relations will be significantly affected. Since last year, the US put pressure on the Iran-backed Iraqi militia groups within the Hashd al-Shaabi and their leaders by including them on their list of sanctions and terrorists, the Iran-backed parties continue their activities both in the Parliament and in the field aimed at ending the American military presence in Iraq. The tensions, which eventually led to the killing of Soleimani and Muhandis will unavoidably continue when Kadhimi forms the government. Having declared that it will not totally withdraw its forces from Iraq, the US forces have abandoned some bases in the country and deployed Patriot missile defense systems at the Ain al-Assad base in Anbar, and at the Harir base near Erbil, thereby signals Iran about its constant watch and shows its precautions against uncontrolled attacks by the Hashd al-Shaabi militia. In return, Tehran is likely to continue to exhaust Washington through the activities of ‘ghost’ militia groups such as the Usbat al-Thaereen (League of the Revolutionaries), which assumed the attacks against the bases at Camp Taji and Basmaya and monitored the US Embassy in Baghdad and the Ain al-Assad base with drones. In this context, the course of Kadhimi’s relations with the Iran-backed political parties and militia groups will be defined by the strategic negotiations in June, between the US and the Iraqi government, which undergoes economic hardship and sanctions due to Iran.

The tensions in Iraq might fall as Kadhimi, who has good relations with Europe and the US, develops relations with Iran as well the countries of the Gulf Region and the Arab world such as Jordan, Egypt, Lebanon and Saudi Arabia. His relations with the intelligence services worldwide since 2016 and his achievements in espionage diplomacy are further advantages that would have a multiplier effect in Kadhimi’s efforts aimed at solving the problems both within and with other countries. Nominating a prime minister in Iraq goes difficult day by day irrespective of the parties’ or candidates’ election performance, but rather due to the US-Iran tensions and interparty bickering. Therefore, Kadhimi may get a chance for a second term provided he is successful in the provisional government and in handling the balance between the political actors. Otherwise, the government crisis in Iraq is likely to go back to square one. 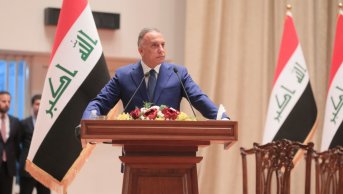 Watheq Al-Sadoon | 11.05.2020
The military presence of the US (United States) in Iraq has experienced various transformations by passing through many phases parallel to the... 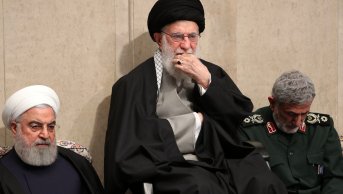 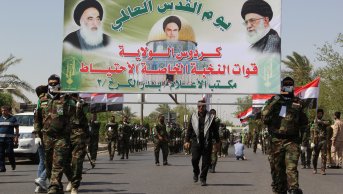